A light, full body exercise
that can be done by all Japanese anytime and anywhere ! 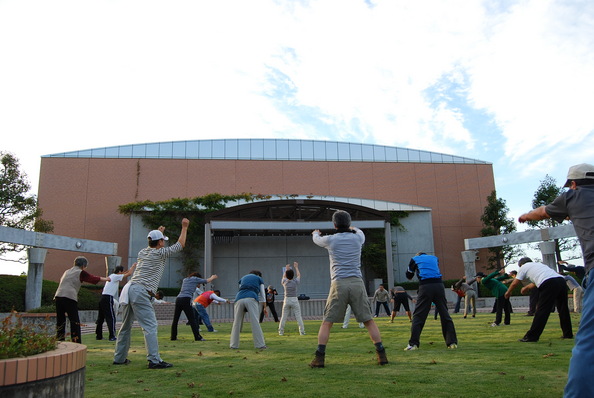 Radio calisthenics are an exercise with a piano accompaniment, first proposed with the aim of improving the physical strength as well as helping maintain and improve the well-being of the people.Since its first broadcast in 1928 by Tokyo Central Postal Bureau (currently known as NHK), Japanese radio calisthenics have become the longest-running program in Japanese media.
Japanese radio calisthenics were proposed by the Ministry of Post and Telecommunications Postal Life Insurance Bureau（currently known as Japan Post Insurance Co., Ltd.）.In America, in the early 1920's, the "calisthenics" developed by Metropolitan Life Co., Ltd. were broadcast live in the New York and Washington D.C. areas.Japanese "radio calisthenics" were most likely created based on those in America.Since the health insurance industry is not stable if their insured customers are not healthy, many health insurance companies aimed to promote healthy lifestyles for the people.

Discovering Radio Calisthenics＜illustration, video＞（available in Japanese only）
Those who are overseas can also learn about Japanese radio calisthenics.
http://www.jp-life.japanpost.jp/aboutus/csr/radio/abt_csr_rdo_guide.html 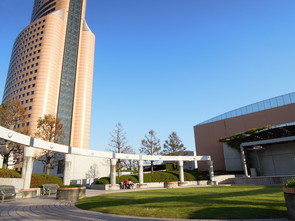 Every day from 6:30am radio calisthenics are performed at the Act Forest Music Plaza. Everyone is welcome to participate. Staff members with instruction books will be available so it is alright if you have not memorized the exercise movements.

About the Act Forest Music Plaza Details for